Popper Super Shop on PinkUk POPPERS SALE UK ONLY website
This advert has been viewed 637,490 times since 09 November 2020.
Would you like your advert here?

Below are the countries around the world where PinkUk has any LGBTQ+ venues.
Rights affecting Lesbian, Gay, Bisexual, Transgender and Questioning (or queer) (LGBTQ) people vary greatly by country or jurisdiction – encompassing everything from the legal recognition of same-sex marriage to the death penalty for homosexuality. Notably, as of 2020, 30 countries recognize same-sex marriage; they are: Argentina, Australia, Austria, Belgium, Brazil, Canada, Colombia, Costa Rica, Denmark, Ecuador, Finland, France, Germany, Iceland, Ireland, Israel, Luxembourg, Malta, Mexico, the Netherlands, New Zealand, Norway, Portugal, South Africa, Spain, Sweden, Taiwan, the United Kingdom, the United States and Uruguay.
We have 3,103 venues, in 66 countries. 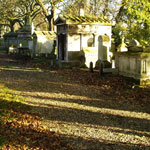 Updated: 07 Apr 2021
The small park opposite Kensal Green Underground is described as 'more of a pick-up spot as is fairly exposed', and a good place to meet black guys and Somali men, as well as young people from the [...]
More info on Kensal Green

Updated: 25 Jul 2021
Very cruisy in the summer during the day and can also during the winter.
More info on Wormwood Scrubs Common
Booking.com
Contact us | Advertise with us | Accessibility | Privacy policy | Testimonials | Donate | © 1999 - 2021
Share  |