Zodiac Bar on PinkUk    Zodiac - London's hottest new LGBTQ+ Venue website
This advert has been viewed 2,562 times since 25 October 2021.
Would you like your advert here? 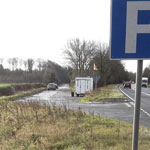 Updated: 29 Sep 2021
Lay-by off the A1. Entrance into woods at north end of lay-by, lots of cover.
More info on A1 Tritlington lay-by 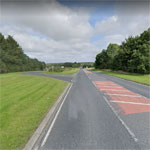 Updated: 16 May 2020
From the south, leave the A1 and join the A697 sign posted wooler, on the left is Heighley Gate Garden Centre, the Lay By is opposite, from the A1 north turn right at hebron road end follow the signs [...]
More info on Heighley Gate Lay By
Booking.com
Contact us | Advertise with us | Accessibility | Privacy policy | Testimonials | Donate | © 1999 - 2021
Share  |