Esmale Limited on PinkUk    ESMALE, Gay Adult Super Store
This advert has been viewed 1,109,856 times since 16 June 2020.
Would you like your advert here?

We have 1 Towns/Cities in Gwent.

We have no future LGBTQ+ prides/events in Uk, Gwent

A449 to Monmouth
A449 heading from Newport
Newport, Gwent
Mixed Cruising
Rating:

Updated: 12 Feb 2021
The public toilets by the Market in Newport, Gwent is always packed with lots of people looking for cock fun been there a few time and there's always action happening. Mixed people going in there, [...]
More info on Market Toilets 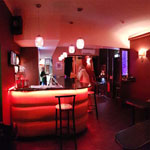 Updated: 29 Aug 2021
The greenhouse Newport has been running for 20 years. Over that time the club has slowly expanded to become the largest of its kind in Wales, providing quality facilities for gay and bisexual men. [...]
More info on Newport Gay Suana
Booking.com
Contact us | Advertise with us | Accessibility | Privacy policy | Testimonials | Donate | © 1999 - 2021
Share  |