The Popper Super Shop is an online only store so you can order the best and strongest poppers at any time, and we deliver to your doorstep, we ship to the UK only. We have a huge selection of poppers, second to nobody! From very strong, to fetish [...]

We have 4 Regions in Poland.

We have 1 Towns/Cities in Lodzkie. 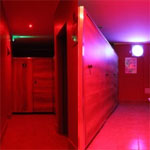