Esmale Limited on PinkUk ESMALE, Gay Adult Super Store website
This advert has been viewed 257,557 times since 16 June 2020.
Would you like your advert here?

We have 4 Regions in France.

We have 1 Towns/Cities in Nouvelle Aquitaine. 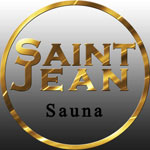 Updated: 31 May 2019
The Saint Jean, Bordeaux Sauna for men, is ideally located in the new Euratlantique district, and just 5 minutes from the St Jean train station, the new gateway to Bordeaux. If you are local or [...]
More info on Sauna Saint Jean Bordeaux