Esmale Limited on PinkUk ESMALE, Gay Adult Super Store website
This advert has been viewed 272,967 times since 16 June 2020.
Would you like your advert here?

Touch of London is a boutique gay massage agency, run by masseurs and aiming to provide a high quality male massage experience. We specialise in tantric massage, but we also offer nuru massage, body to body massage, sensual massage and therapeutic [...]

We have 2 Regions in New Zealand.

We have 1 Towns/Cities in North Island. 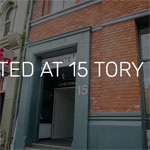 Updated: 08 Jun 2019
Checkmate is Wellingtons Gay Sauna. It's a clean and safe place for men to meet men. Our aim is to keep our patrons safe therefore we do not sell or permit alcohol on the premises. We also refuse [...]
More info on Checkmate