Esmale Limited on PinkUk ESMALE, Gay Adult Super Store website
This advert has been viewed 762,555 times since 16 June 2020.
Would you like your advert here? 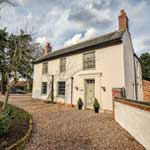 Discount Available!
Updated: 22 Jul 2019
The Elm Tree is an award winning best in Lincolnshire luxury 5* Gold with Breakfast award boutique bed and breakfast on the edge of the Lincolnshire Wolds. With luxury at our core we offer loose leaf [...]
More info on The Elm Tree
Booking.com
Contact us | Advertise with us | Accessibility | Privacy policy | Testimonials | Donate | © 1999 - 2021
Share  |