Popper Super Shop on PinkUk    POPPERS SALE UK ONLY website
This advert has been viewed 816,032 times since 09 November 2020.
Would you like your advert here? 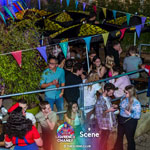 Updated: 30 Apr 2020
LGBT Business The Scene opened their doors in June 2012, The Scene has fast built up a reputation for being a friendly, safe and fun place for Lincoln's LGBT community, and anyone else wanting a safe [...]
More info on The Scene
Booking.com
Contact us | Advertise with us | Accessibility | Privacy policy | Testimonials | Donate | © 1999 - 2021
Share  |