Touch of London on PinkUk    Touch of London gay massage website
This advert has been viewed 1,325,338 times since 15 July 2019.
Would you like your advert here?

We have 5 Towns/Cities in Herefordshire. 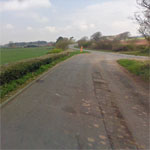 Updated: 22 Jul 2021
A49 Layby, Endale, is a layby with woods to the right, four or five paths leading into the woods where most of the action takes place. 2 miles north of Leominster on the A49 just after the cross with [...]
More info on A49 Layby Endale
Booking.com
Contact us | Advertise with us | Accessibility | Privacy policy | Testimonials | Donate | © 1999 - 2021
Share  |