Zodiac Bar on PinkUk    Zodiac - London's hottest new LGBTQ+ Venue website
This advert has been viewed 5,835 times since 25 October 2021.
Would you like your advert here? 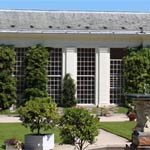 Updated: 24 Apr 2020
Garden Cafe and Exclusive Wedding Venue set in the grounds of Mount Edgcumbe Country Park, Cornwall. In the formal gardens of the lower park of Mount Edgcumbe estate you will find The Orangery [...]
More info on The orangery Mount Edgcumbe
Booking.com
Contact us | Advertise with us | Accessibility | Privacy policy | Testimonials | Donate | © 1999 - 2021
Share  |