PinkUk Competitions website
This advert has been viewed 107,868 times since 19 June 2021.
Would you like your advert here? 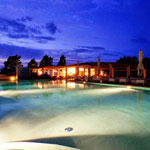 Updated: 10 Jun 2019
Capofaro Locanda & Malvasia hotel was born out of the love that the Tasca d’Almerita family have for wine and sea, a spectacular estate found on the island of Salina, designed for friends, guests and [...]
More info on Capofaro Locanda & Malvasia
Booking.com
Contact us | Advertise with us | Accessibility | Privacy policy | Testimonials | Donate | © 1999 - 2021
Share  |