PinkUk Competitions website
This advert has been viewed 12,740 times since 19 June 2021.
Would you like your advert here? 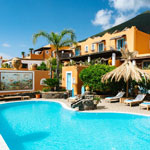 Updated: 29 Apr 2020
Hotel Mamma Santina, our quiet, family run establishment has captured all of the island’s uniqueness. And there are other comforts as well: Sicilian dishes prepared the way our grandmothers and [...]
More info on Hotel Mamma Santina
Booking.com
Contact us | Advertise with us | Accessibility | Privacy policy | Testimonials | Donate | © 1999 - 2021
Share  |