Popper Super Shop on PinkUk    POPPERS SALE UK ONLY website
This advert has been viewed 663,758 times since 09 November 2020.
Would you like your advert here?

We have 11 Regions in France.

We have 1 Towns/Cities in Bourgogne.

We have no future LGBTQ+ prides/events in France, Bourgogne 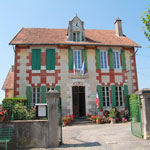