Popper Super Shop on PinkUk POPPERS SALE UK ONLY website
This advert has been viewed 501,948 times since 09 November 2020.
Would you like your advert here?

We have no future LGBTQ+ prides/events in Uk, Hertfordshire 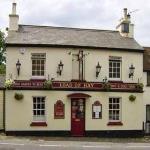 Updated: 09 Feb 2020
The Load of Hay, are a well established GAY venue in Watford, Herts. We are extremely friendly and good fun. Friday & Saturday nights are party nights with good loud music. Come and join us, we look [...]
More info on The Load of Hay
Booking.com
Contact us | Advertise with us | Accessibility | Privacy policy | Testimonials | Donate | © 1999 - 2021
Share  |