To our LGBTQ+ Ukrainian friends

To Ukraine, its LGBTQ+ people and to all Ukrainians everywhere.
March 2022 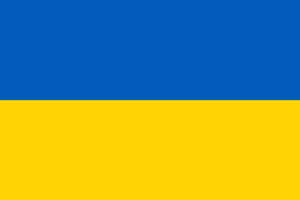 PinkUk Founder’s Dave Walsh, a former UK forces soldier, expresses his horror at what is happening in Ukraine and suggests ways to help LGBTQ+ people caught up in the war and other help sites for all Ukrainians.

Like many people around the world, our team at PinkUk are shocked at the aggressive attack on your country, to your people and with all the risks this poses to the Ukrainian LGBTQ+ communities.

The conditions that some people are facing, stuck underground with no power, food and water, along with the continuous bombing should not be happening in 21st century Europe. It is a modern disgrace against humanity. Have we not learnt the terrible lessons of the previous century?

Why are these things happening again in Europe when we should have taken action to banish this behaviour forever after WW2?

Although I've never been in a war siege situation as some of you are now facing daily, I'm ex-UK military forces and have some stories to tell. While nothing to compared to what you are experiencing, I understand what you are going through. In the mid ‘90s, I was lost for dead and stuck alone up a French Alps mountain for six days after a mountaineering expedition went wrong, four days without any food or water, with no hope of rescue. Luckily, against all the odds, after two days walking I managed to get out and thankfully I recovered to tell the tale. But this is nothing compared to what some of you are going through now. Read about this

If Russian leader Putin, who does not represent the true democratic and free spirit of the Russian people, wins this war, we all understand how much your safety is at risk as LGBTQ+ people in Ukraine. Below we have some ways that you can connect with agencies and how people in the UK can help you:

We are concerned that all the amazingly kind people in the UK who have offered their homes to the refugees will not get any help from the UK authorities - for example about how refugees may need mental health support as well as material essentials. Some refugees may be traumatised from what they have seen and what they have been through, not only leaving their beloved country plus the trauma of their hazardous journey, leaving some of their loved ones and pets behind.

We urge the UK government to ensure all refugees are given the right support they need when entering the UK. Some ways to help below.

Love and Pink respect
Dave and the PinkUk team

If you would like to donate to LGBTQ+ charities and/or other humanitarian o offer other support here are some organisations you can donate to. We have also listed some general aid organisations working in Ukraine.

Every day, the human rights and dignity of lesbian, gay, bisexual, transgender, intersex and queer (LGBTIQ) people around the world are abused in ways that shock the conscience. Since 1990, OutRight Action International has worked alongside LGBTIQ+ activists and organisations, diplomats and policymakers, and other key partners to advance community-focused solutions to create lasting legal and social transformation. Together, they combat the systemic violence, persecution and discrimination that LGBTIQ+ people face around the world.
Donate to OutRight Action International

The US-based LGBTQ+ news aggregation site. Alturi is set up to help Prague Pride support queer Ukrainians. Donations will go to financially supporting Ukrainian LGBTQ+ organizations, assisting refugees in the Czech Republic and preparing housing and other basic services for LGBTQ+ Ukrainians entering Prague, the safest place in the region for them now.
Donate to Alturi

The International Lesbian, Gay, Bisexual Trans and Intersex Association (ILGA) promotes LGBTQ+ organizations in the Ukraine and neighbouring countries on its website, which includes details on Alliance Global, Sphere Women’s Association and Polish LGBTQ+ organization Lambda Warsaw, all of which are in need of help.
Donate to ILGA

KyivPride is a non-governmental human rights advocacy group in Ukraine, and the organization behind the country’s annual Pride Week. While this organization is one of many groups for which AllOut is raising funds, KyivPride can also be supported directly via .their site.
Donate to KyivPride

DEC are funding work by DEC charities and their local partners inside Ukraine and in neighbouring countries. Families fleeing the conflict have left their homes with only the items they were able to carry. Help us provide food, water, shelter, healthcare and protection.
Donate to DEC

The Nobel-Prize winning charity partners with volunteers in Ukraine to help people travel to health-care facilities and works to ensure people have access to health care and medicine.
Donate to Doctors Without Borders

Fundraise for the Kyiv Independent. This enterprising startup news site has been at the forefront of courageous war coverage. They are also hosting for other Ukrainian news outlets.
Donate to Kyiv Independent GoFundMe

Red Cross teams have been working around the clock to get critical care to those who need it most, both in Ukraine and its bordering countries. But with recent freezing temperatures, and ongoing violence, an enormous number of people urgently need help right now.
Donate to British Red Cross