Touch of London on PinkUk Touch of London gay massage website
This advert has been viewed 374,971 times since 15 July 2019.
Would you like your advert here? 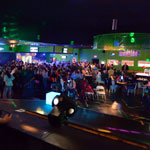 Updated:
29 Apr 2020
Re Mixx night club are both your friendly neighbourhood bar, (with pool, darts, Happy Hour, and terrific food), and the only gay club between Milwaukee and Green Bay to feature Drag Shows (every 2nd [...]
More info on Re Mixx