Cityrubs.com Gay Massage Directory website
This advert has been viewed 2,055 times since 22 September 2020.
Would you like your advert here? 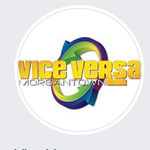 Updated:
30 Jul 2020
Established in 2000, Vice Versa is the longest running Gay/Alternative Dance Club in the West Virginia. Proudly serving the Morgantown area for over 17 years. Vice Versa is truly "Where the Fabulous [...]
More info on Vice Versa