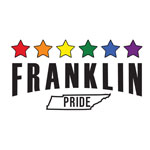 Updated:
02 Feb 2020
Over the years, the Pumping Station bar has been a supporter of Mid-South Pride, Tennessee Equality Project (TEP), The Outflix Film Festival, MGLCC, Friends for Life, and the Wounded Warrior Project. [...]
More info on The Pumping Station