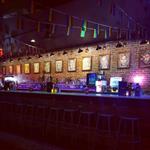 Updated:
22 Jun 2020
Troupe429: Bar & Performance has been serving our LGBT community and their friends since 2017. Located at 3 Wall Street, Norwalk, CT - Troupe429 is located inside a historic building along the [...]
More info on Troupe429