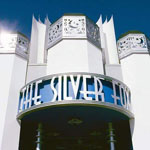 Updated:
30 May 2020
The Silver Fox consider ourselves the Premiere Nightclub in Long Beach, with the largest selection of spirits of any club in the area. We have recently had a major remodel of our interior, creating [...]
More info on The Silver Fox