Esmale Limited on PinkUk ESMALE, Gay Adult Super Store website
This advert has been viewed 530,212 times since 16 June 2020.
Would you like your advert here?

We have 9 Towns/Cities in Lincolnshire. 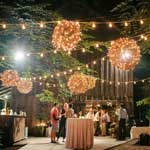 Discount Available!
Updated: 16 May 2019
LGBT Business LGBT+ Weddings Plus is owned and run by a UK Gay Qualified Celebrant, LGBT+ based in the East Midlands, available to travel where needed, ALL LGBT+ Ceremonies are As Individual As You [...]
More info on LGBT+ Weddings Plus