Popper Super Shop on PinkUk POPPERS SALE UK ONLY website
This advert has been viewed 137,399 times since 09 November 2020.
Would you like your advert here?

We have 3 Towns/Cities in Tyne And Wear. 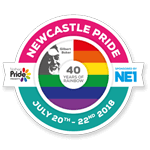 Updated: 19 Jan 2012
The Park Is opened till 10pm but there is an alternative entrance after closing time via the Dalmuire train staion underpass at the back of the co-op cruising goes on all over the park after hrs.
More info on Dalmuire Park