Touch of London on PinkUk Touch of London gay massage website
This advert has been viewed 1,123,165 times since 15 July 2019.
Would you like your advert here?

We have no future LGBTQ+ prides/events in Uk, Suffolk

Gay in Stoke by Nayland 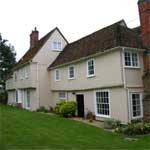 Updated: 24 Aug 2019
Gay Run Poplars is a 17th century farmhouse tucked away in the heart of Constable Country. It is situated on its own in a very peaceful setting amongst fields and trees, yet only a short walking [...]
More info on Poplars Farmhouse
Booking.com
Contact us | Advertise with us | Accessibility | Privacy policy | Testimonials | Donate | © 1999 - 2021
Share  |