Esmale Limited on PinkUk    ESMALE, Gay Adult Super Store website
This advert has been viewed 1,026,035 times since 16 June 2020.
Would you like your advert here? 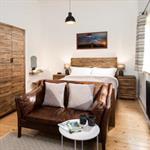 Updated: 02 Apr 2021
Come and enjoy the tranquillity of the Holy Island of Lindisfarne, when the crowds have to leave (the causeway is reclaimed by the sea and we become an island), and the sky goes on forever. Our two [...]
More info on Belvue Guesthouse
Booking.com
Contact us | Advertise with us | Accessibility | Privacy policy | Testimonials | Donate | © 1999 - 2021
Share  |