PinkUk Competitions website
This advert has been viewed 107,924 times since 19 June 2021.
Would you like your advert here?

We have no future LGBTQ+ prides/events in Uk, Highlands And Islands 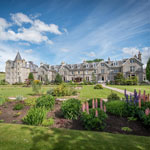 Updated: 05 Aug 2020
Nethybridge Hotel is set within the stunning Cairngorm’s National Park, the perfect base to go and explore. This traditional highland manor hotel is set amidst the scenic splendour of the Cairngorm [...]
More info on Nethybridge Hotel
Booking.com
Contact us | Advertise with us | Accessibility | Privacy policy | Testimonials | Donate | © 1999 - 2021
Share  |