Esmale Limited on PinkUk ESMALE, Gay Adult Super Store website
This advert has been viewed 756,779 times since 16 June 2020.
Would you like your advert here? 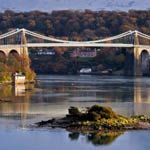 Updated: 14 Feb 2021
I have seen lots of activity here in both lay by's, very busy I have been approached but was too nervous to go through with anything as it is very very close to my home. Lots of cars lots of guys [...]
More info on Menai Bridge Lay By
Booking.com
Contact us | Advertise with us | Accessibility | Privacy policy | Testimonials | Donate | © 1999 - 2021
Share  |