Popper Super Shop on PinkUk POPPERS SALE UK ONLY website
This advert has been viewed 304,793 times since 09 November 2020.
Would you like your advert here? 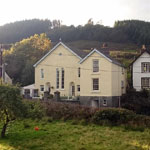 Updated: 24 May 2020
Isfryn Cottage is situated in Aberangell in the Dyfi Valley, this cottage is around 9.9 miles (16 km) from the market towns of Machynlleth and Dolgellau and a 40-minute drive from the coastal towns [...]
More info on Isfryn Cottage