Esmale Limited on PinkUk ESMALE, Gay Adult Super Store website
This advert has been viewed 755,018 times since 16 June 2020.
Would you like your advert here?

We have 4 Towns/Cities in Dumfries And Galloway.

We have no future LGBTQ+ prides/events in Uk, Dumfries And Galloway 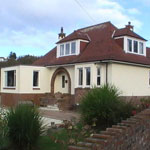 Updated: 29 Apr 2021
Set in the picturesque village of Portpatrick within its own landscaped garden, Blinkbonnie Guest House is a 5-minute walk from the seafront and offers a sun terrace and free Wi-Fi. The bedrooms [...]
More info on Blinkbonnie Guest House
Booking.com
Contact us | Advertise with us | Accessibility | Privacy policy | Testimonials | Donate | © 1999 - 2021
Share  |