Popper Super Shop on PinkUk POPPERS SALE UK ONLY website
This advert has been viewed 625,844 times since 09 November 2020.
Would you like your advert here?

We have 1 Towns/Cities in Santorini.

We have no future LGBTQ+ prides/events in Greece, Santorini 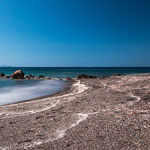 Updated: 16 May 2020
Vlychada Beach is a nice, organized beach on the southern side of Santorini. It has a small port where fishing boats and yachts moor in summer. The area is characterized by two large chimneys. One is [...]
More info on Vlychada beach
Booking.com
Contact us | Advertise with us | Accessibility | Privacy policy | Testimonials | Donate | © 1999 - 2021
Share  |