Esmale Limited on PinkUk    ESMALE, Gay Adult Super Store website
This advert has been viewed 957,443 times since 16 June 2020.
Would you like your advert here?

We have 1 Towns/Cities in Paros.

We have no future LGBTQ+ prides/events in Greece, Paros 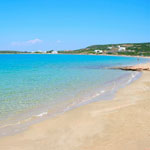 Updated: 18 May 2020
Langeri beach: a nudist beach located at the northern part of the Paros island, and considered to be one of the most beautiful beaches in the Cyclades. The southern part of the beach is generally [...]
More info on Lageri Beach
Booking.com
Contact us | Advertise with us | Accessibility | Privacy policy | Testimonials | Donate | © 1999 - 2021
Share  |