Popper Super Shop on PinkUk    POPPERS SALE UK ONLY website
This advert has been viewed 896,314 times since 09 November 2020.
Would you like your advert here?

We have 6 Towns/Cities in North Rhine. 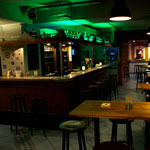 Updated: 01 Oct 2021
Bobas - the oldest gay bar in Bonn. Since 1992 the bar has been inspiring with its pleasant ambience and diversity as a gay and lesbian bar in Bonn. In addition to a diverse selection of drinks, [...]
More info on Bobas Bar
Booking.com
Contact us | Advertise with us | Accessibility | Privacy policy | Testimonials | Donate | © 1999 - 2021
Share  |