Below are the countries around the world where PinkUk has the most gay venues for. PinkUk do have gay venues listed for many more countries and these can be found via the site menu above. We have 2,806 venues, in 57 countries.

We have 1 Towns/Cities in Saskatchewan.

We have no future gay prides/events in Canada, Saskatchewan 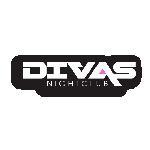 Updated:
01 May 2019
Diva's Nightclub is Saskatoon's Premier Gay Bar offering an inviting space for dance lovers of any kind. Housed in the historic Avenue Building (est. 1912) Diva's is a staple in Saskatoon's queer [...]
More info on Divas Nightclub