Touch of London on PinkUk Touch of London gay massage website
This advert has been viewed 377,217 times since 15 July 2019.
Would you like your advert here? 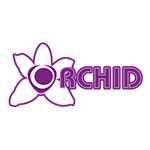 Updated:
26 May 2019
Flashy nightclub with weekly salsa dancing lessons, DJs & a large outdoor patio. Orchid is open Friday and Saturday. Doors Open at 9 PM. We are closed Sunday through to Thursday.
More info on Orchid