Esmale Limited on PinkUk ESMALE, Gay Adult Super Store website
This advert has been viewed 55,200 times since 16 June.
Would you like your advert here?

We have 6 Towns/Cities in Staffordshire. 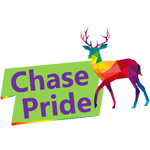 Updated:
23 Aug 2012
Gay Run Best is off the Mitchell way, off Chemical lane, cruise by railway bridge and along pathway, also walk down road to canal bridge turn right walk the towpath until you see the gap in the [...]
More info on Railway Bridge