Ty Rosa Boutique B&B on PinkUk No1 Hind Stile Boutique BnB website
This advert has been viewed 307,712 times since 30 April 2020.
Would you like your advert here?

Below are the countries around the world where PinkUk has the most gay venues for. PinkUk do have gay venues listed for many more countries and these can be found via the site menu above. We have 2,810 venues, in 57 countries.

We have 4 States/Regions in Netherlands.

We have 1 Towns/Cities in Noord Holland.

We have no future gay prides/events in Netherlands, Noord Holland 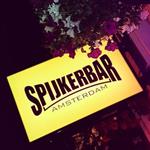 Updated:
26 Jun 2020
Spijker Bar is the oldest, friendliest and attitude free gay bar in Amsterdam! Spijker Ba have served the gay community since 1978. Cosy bar, popular with a mix of local residents and visitors to [...]
More info on Spijker Bar