Esmale Limited on PinkUk    ESMALE, Gay Adult Super Store website
This advert has been viewed 1,018,011 times since 16 June 2020.
Would you like your advert here? 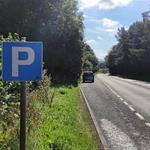 Updated: 17 Sep 2021
A layby off the A68 as you head from Corbridge to Riding Mill, in rural Northumberland. Enough parking for thirty cars. Park in layby and walk on the short path through the bushes and through the [...]
More info on Stonyverge Woods
Booking.com
Contact us | Advertise with us | Accessibility | Privacy policy | Testimonials | Donate | © 1999 - 2021
Share  |