Esmale Limited on PinkUk ESMALE, Gay Adult Super Store website
This advert has been viewed 645,229 times since 16 June 2020.
Would you like your advert here?

We have no future LGBTQ+ prides/events in Uk, Hertfordshire 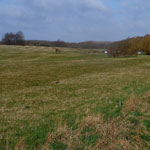 Updated: 26 Apr 2021
Nomansland Common is located between St Albans and Wheathamstead. Drive through Sandridge towards Wheathamstead, turn left at the crossroads at the bottom of the hill, then left into the car park. [...]
More info on Nomansland Common
Booking.com
Contact us | Advertise with us | Accessibility | Privacy policy | Testimonials | Donate | © 1999 - 2021
Share  |