We have 4 Towns/Cities in Fife.

We have no future LGBTQ+ prides/events in Uk, Fife 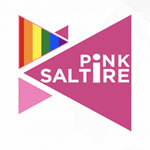 Updated: 02 Dec 2020
Pink Saltire was born from a desire to offer a louder voice to lesbian, gay, bisexual and transgender people across Scotland – in both urban and rural communities. A voice which opens up debate [...]
More info on Pink Saltire