Massage by a Straight Swedish masseur website
This advert has been viewed 39,119 times since 29 September 2021.
Would you like your advert here?

We have no future LGBTQ+ prides/events in Uk, Cambridgeshire 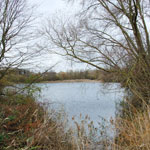 Updated: 29 Dec 2019
Paxton Pits in Little Paxton Plenty of woods and bird hides to have fun in. Off A1 at Saint Neots, Little Paxton exit, then left into High Street and follow the road until you can go no further, [...]
More info on Paxton Pits
Booking.com
Contact us | Advertise with us | Accessibility | Privacy policy | Testimonials | Donate | © 1999 - 2021
Share  |