Esmale Limited on PinkUk    ESMALE, Gay Adult Super Store website
This advert has been viewed 1,026,116 times since 16 June 2020.
Would you like your advert here? 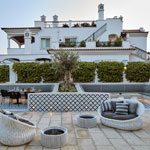 Updated: 11 Oct 2021
Dunas Douradas Beach Club is a luxury Resort in the Heart of Algarve and is an award-winning five star resort in the heart of the Algarve’s Golden Triangle. Situated in a privileged setting away from [...]
More info on Dunas Douradas Beach Club
Booking.com
Contact us | Advertise with us | Accessibility | Privacy policy | Testimonials | Donate | © 1999 - 2021
Share  |