Popper Super Shop on PinkUk    POPPERS SALE UK ONLY
This advert has been viewed 1,094,442 times since 09 November 2020.
Would you like your advert here?

We have no future LGBTQ+ prides/events in Portugal, Azores 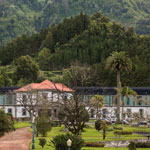 Updated: 13 May 2021
The 4-star Furnas Boutique Hotel - Thermal & Spa is located in São Miguel Island, in Vale das Furnas, site of the largest concentration of thermal waters in Europe. Tastefully decorated by an [...]
More info on Furnas Boutique Hotel
Booking.com
Contact us | Advertise with us | Accessibility | Privacy policy | Testimonials | Donate | © 1999 - 2022
|