Touch of London on PinkUk    Touch of London gay massage website
This advert has been viewed 1,387,306 times since 15 July 2019.
Would you like your advert here?

We have 2 Towns/Cities in Veneto.

We have no future LGBTQ+ prides/events in Italy, Veneto 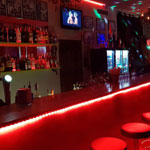 Updated: 02 May 2021
DarKHouse was founded in 2015 by Aldo and Bruno and was taken in April 2017 by Jhonattan and Ruslan. It is located in San Martino Buon Albergo in the commercial centre of Verona Est 200 meters from [...]
More info on DarkHouse Cruising Bar
Booking.com
Contact us | Advertise with us | Accessibility | Privacy policy | Testimonials | Donate | © 1999 - 2021
Share  |