Esmale Limited on PinkUk    ESMALE, Gay Adult Super Store
This advert has been viewed 2,696,152 times since 16 June 2020.
Would you like your advert here?

Why I would not go to Qatar for the World Cup or any other purpose.

I would never go to Qatar while it has restrictions on LGBTQ+ rights. This is not because I don't support football (soccer) or celebrate great matches such as England's recent 6:2 win in a contest with Iran. It’s because I would never go to a country where it was illegal to be gay or to identify as someone from any of the LGBTQ+ communities. As another example, I would love to see the ancient pyramids in Egypt, but I won't go there for now because of similar homophobic laws in that country

Download ILGA World map sexual orientation laws
as of December 2020 I avoid visiting countries that treat their LGBTQ+ citizens badly such as handing out or threatening to hand out penalties for just being a member of the LGBTQ+ communities, or have poor human rights rules more generally

For me, it is a basic human right for a person to show affection such as a hug, hold hands or exchange a ‘wee kiss’ to the person I love or a friend. So not be able to do this in public just because we are the same sex is wrong.

What I am going to talk about now is the World Cup being help in Qatar.

With the World Cup being help in Qatar, this discriminatory approach affects many different people - not only the LGBTQ+ communities - for example migrant construction workers have worked in what are extremely tough conditions as well as social groups who do not enjoy full equality or basic civil and human rights in the country, most obviously women.

Mind you we British do not come out of this well either. Expressing myself as a UK citizen, it’s our fault homosexuality is illegal in the first place in many parts of the world. It was our colonial ancestors who made homosexually illegal across the world. Qatar is a former British ‘protectorate’ (a protectorate is country ‘protected’ by a powerful country often taking control of foreign affairs but was never formally a colony). According to LGBTQ+ rights site ARADA, of the more than 70 countries that still criminalise homosexual behaviour today were either British (a high percentage) colonies or protectorates. 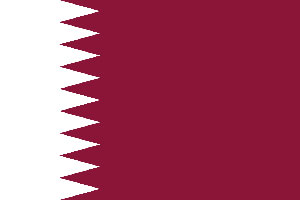 Qatar is a small but oil rich country in the middle east. More than 6,500 migrant workers have died preparing for the tournament, mainly from India, Pakistan, Nepal, Bangladesh and Sri Lanka, since Qatar won the right to host the World Cup in 2010, according to the Guardian.

By some estimates, the World Cup is going to cost Qatar approximately US$220 billion (on current exchange rate that’s £181 billion), See wikipedia.

If they can afford this cost, it is scandalous that they did not look after their workers. They care more about their prestige than human life. What about all the injured, who have to go back to their country? They go back to countries that are very poor and over-stretched health service.

To be honest I think it is fair for them to ban alcohol, it’s their culture, and should be respected, but a bit late in the day. However, I do think it is very wrong for me to show affection, to the person I love, just because we are the same sex is very wrong.

I think most of the blame for this mess up and hostility falls on Fifa, the World Cup organising body, not Qatar. Fifa knew what the country was like before selecting it as the venue.

Fifa are just awash with money, and it would be good to find out exactly how they came to the decision to hold it in Qatar; I will leave it at that. Also see my article World Cup 2022 LGBTQ+ fans.

I think most of the blame for this mess up and hostility falls on Fifa not Qatar. Fifa know what the country was like before selecting them.

Fifa knew the following when awarding the tournament to Qatar:

How many people have died or been seriously injured building the stadiums and infrastructure for this competition?

Now we have Fifa president Gianni Infantino's farcical press statement. about being bullied as he had red hair at school. What country are you executed or put in jail for having red hair? He did not look happy in the interview! He also said he would be happy if the World Cup would be held in North Korea.

Now Fifa has also banned OneLove armbands. expressing support for LGBTQ+ equality. The England and Wales teams have backed down on wearing the armband while playing in Qatar after the threat of sporting sanctions was raised by Fifa. A joint statement by Belgium, Denmark, Germany, the Netherlands and Switzerland and the football associations of England and Wales say they are very frustrated by the Fifa decision.

Now I'm hearing reports about how bad and uncomfortable the accommodation is for fans. What’s next? We hope the tournament is a great success but Fifa needs to learn not to agree to the hosting of such a prestigious global sporting event in countries that do not have safeguards for the basic human rights for LGBTQ+ football fans and visitors and other groups.

What's going to happen to the Iranian team when they get home of so bravely not signings their national anthem, bet its not good, and will we every hear about the team players again?