Esmale Limited on PinkUk    ESMALE, Gay Adult Super Store
This advert has been viewed 2,489,634 times since 16 June 2020.
Would you like your advert here?

Why I loved the Queen and how the Royals have helped us all including the LGBTQ+ Communities.

Dave from PinkUk, writes about his affection for Her Majesty the Queen and the constitutional monarchy. 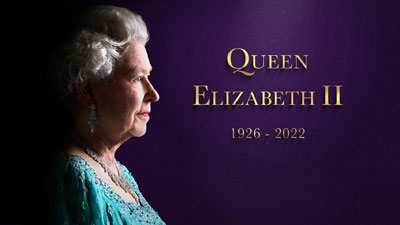 I know the death of the Queen is all over the news, and it’s a leading topic people are talking about across the world, but here is my view, which may be interesting to some: while my politics are generally on the Left, I am a devout royalist and admirer of the Her Majesty.

I served 14 years in Her Majesty’s armed forces. Like many people, I've been shaken by Her Majesty’s passing even if we knew it would happen sooner or later. I must admit, my eyes welled up a few times over the last few days, including when writing this article. I believe that the Royal Family, though not perfect, and are not only extremely important to the United Kingdom and the LGBTQ+ communities, I would go as far they are good for the whole world.

The Queen gave stability and continuity

To the four nations of the UK and to the 14 other realms including Canada, Australia and New Zealand over which she reigned as Head of State at the time of her passing. To me, her death felt like, she was respected around the world, not just in the UK and the Commonwealth: many Americans have been fascinated by the Queen; people in the United States have honoured her with personal tributes and US TV news channels have 24/7 coverage of the mourning ceremonies. Prime Ministers, Presidents, other monarchs and world leaders have all changed several times, yet the Queen was always there, her first Prime Minster was WW2 leader Winston Churchill when she acceded to the throne in 1952 on the death of her father, George VI. Dwight D. Eisenhower was the US President when Elizabeth was crowned in 1953 but Elizabeth became Queen in 1952 immediately on the passing of her father when war-time President Harry Truman was still in office. The great majority of people alive in the UK today have only known the Queen as their head of state. As the French president, Emmanuel Macron said “To you, she was your Queen. To us, she was The Queen. She will be with all of us forever.”

You can see how much she has helped the UK just by people’s reactions; anything that brings the country together is a good thing, and by ‘eck has she done that!

The Queen rarely spoke on LGBTQ+ matters directly, although she announced same-sex marriage in her opening of Parliament speech in 2012; it was her quiet non-judgemental style which showed how she could steer the monarchy clear of homophobia. This was notable in the 1980s during the crises of AIDS and the homophobic Section 28, a law that banned local councils from talking about LGBTQ+ issues, effectively giving a discrete royal nod to younger members of the Royal Family to show support to the LGBTQ+ communities. The late Diana Princess of Wales is the most famous example when she changed attitudes to AIDS around the world which had been seen as a ‘gay plague’ when she visited dying AIDS patients in hospitals shaking their hands. The younger generation of Royals including Prince William have positive views of the LGBTQ+ communities with Prince William saying in 2019 he would be “absolutely fine” if his children were to come out as gay or lesbian. More recently, the number of LGBTQ+ identifying people who have received royal honours from the Queen has soared, noting that these are mainly recommendations from the government. Gay Olympic gold medal diver Tom Daley’s recent award of the OBE is an example. These things matter for LGBTQ+ equality and we would not have had them were it not for the monarchy.

There are people who believe we should become a republic

Of course, there are people who believe we should become a republic, for many different and understandable reasons. Some point out the cost of the monarchy. This is a fallacy and propaganda. The Royal family cost us less that than half a pint of beer, per year. Never mind how much money comes into the country such as tourism and trade. If we became a republic the cost of maintaining the palaces would not go away, as the state would still pay for the upkeep, we won't let the palaces degrade. Some point to the history of the British Empire and its oppression of people around the world. Some also point to the class system and the aristocracy. While these are blights on our history, we should not confuse them with the modern monarchy. I have friends (for example Simon a PinkUk colleague) who used to be lukewarm in sentiment about the monarchy but now feels that the UK needs at least a slimmed down constitutional monarchy to help unite the country and its four nations in difficult times.

The Queen devoted her life to the country and commonwealth, without question, and not for herself but out of a sense of duty. In 1961 the Queen famously danced with African leader, President Kwame Nkrumah of Ghana, at a farewell ball in its capital, Accra, which many scholars believe was a symbolic moment in the history of the Commonwealth, as dancing with an African leader at that time was not usual for a European monarch and broke boundaries for a reigning Queen. 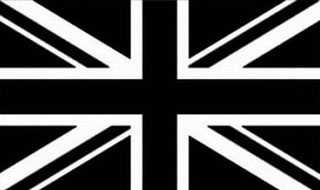 Then there will be the state funeral which will the first one the UK has had since war time Prime Minister Winston Churchill in 1965. Most of us alive today will not have experienced this (I was three at the time so can't remember it). It will be the likes of which have not been seen for many, many decades. The world will be focused on London. I'm so glad I'm not head of security for this ceremony, as they have to deal with everything from pick pockets to protestors to terrorists and looking after the many heads of states and world leaders who will be attending.

Now to some people doubt his abilities and he has a hard position to follow to put it mildly. He has also been outspoken on some issues as Prince of Wales, notably the environment, and he is a different person, with a different style, so he will not be the same monarch. It was predicted by some that he would be a not be successful as Prince of Wales when he took that title in 1969, especially among some Welsh. This proved wrong, with his gaining the respect of many Welsh people, as he learnt the Welsh language. He has said that as King he will no longer air his more political views and take a neutral position on politics. He has had years to learn from his mother – wow, what a great tutor!

While the monarchy seems a strange throwback in a time, the Queen has shown how the it can unify, heal and help us manage change. Should the UK ever decide to become a republic, I believe we would lose all of these things. The UK and Commonwealth realms who have the King as their head of state are part of a handful of countries who still have constitutional monarchies. Just imagine if we had President Boris Johnson or President Liz Truss instead? Also we need to take care of what we have: Brexit, leaving the European Union, was a huge mistake in my view, but a decade or so on, we can always debate whether to re-join or change our relationship. On the monarchy, with a vote to become a republic, and it is just the same with Scottish independence, once we go there we cannot easily go back and we would have lost something very special.

She will go down in history as a great Queen
Long live the king.