Esmale Limited on PinkUk ESMALE, Gay Adult Super Store website
This advert has been viewed 264,100 times since 16 June 2020.
Would you like your advert here?

We have 8 Regions in Mexico.

We have 2 Towns/Cities in Quintana Roo.

We have no future LGBTQ+ prides/events in Mexico, Quintana Roo 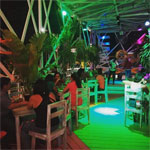 Updated: 18 May 2019
On the 16th of June 2015 Trump announced he would build a Wall between Mexico and USA. Well now we are building a new Wall, a Mexican Wall, one that includes, that protects, that accepts. A Wall [...]
More info on La Wall