Esmale Limited on PinkUk ESMALE, Gay Adult Super Store website
This advert has been viewed 768,429 times since 16 June 2020.
Would you like your advert here?

We have 8 Regions in Mexico.

We have 6 Towns/Cities in Mexico City.

We have no future LGBTQ+ prides/events in Mexico, Mexico City 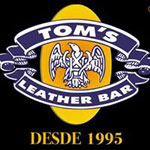 Updated: 08 Jun 2021
Tom's Leather Bar, under the wings of a reinterpreted Napoleonic imperial eagle, the concept of a bar that has everything but less common has developed on the most important avenue in Mexico City. [...]
More info on Tom's Leather Bar
Booking.com
Contact us | Advertise with us | Accessibility | Privacy policy | Testimonials | Donate | © 1999 - 2021
Share  |