Popper Super Shop on PinkUk    POPPERS SALE UK ONLY website
This advert has been viewed 892,414 times since 09 November 2020.
Would you like your advert here?

We have 5 Regions in Ireland.

We have 2 Towns/Cities in Dublin. 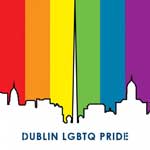 Updated: 18 Oct 2019
Gay Owned The Boilerhouse is a popular gay sauna over 5 floors in the Temple Bar area, close to all the gay bars and clubs. Opened in 1997, The Boilerhouse replaced the former sauna ‘The Gym’ which [...]
More info on The Boilerhouse
Booking.com
Contact us | Advertise with us | Accessibility | Privacy policy | Testimonials | Donate | © 1999 - 2021
Share  |