Gay Yours India
Gay Tours India was born from the need to find specific tourism and leisure offers for the LGTBI+ collective. Gay Yours India are a group of tourism professionals with different interests and experiences and they share the same dream: to ensure that all people, regardless of their sexual or gender identity, can enjoy the best vacations of their lives. Gay Yours India are dedicated to offer travel packages for Gay & LGBT tourists in India.

Gay Travel Guide Berlin
Berlin's origins go back more than 750 years. In 1701 Berlin became the capital of the kingdom of Prussia and in 1871 of the German Empire. Although Prussia was ruled by a gay king from 1740 till 1786 (Fredrick II), Berlin's gay career started only 100 years later. In the 1920s (the ›Golden Twenties‹) Berlin was seen as the city with the most lively and advanced gay subculture in Europe. That, of course, ended after 1933 when Hitler and the Nazis were given power in Germany. Gay Travel Guide Dresden
In the 1980s Dresden-Neustadt had become the preferred residential area for the creative and alternative scene in Dresden. This continued after the reunification in 1990, and you will find a lot of galleries, cafes, pubs, bars and music clubs in Dresden-Neustadt, which is also home for most of the gay bars as you can see on Dresden's gay city map. Of course, Dresden's gay scene can't be compared with Berlin or Cologne. But if you happen to be in Dresden on a Friday or Saturday night you might still have a good time in some of the gay clubs. Gay Travel Guide Cologne (Köln)
Cologne (Köln) is called the ›most southern city of Germany‹ by some people though it is situated in Germany's northern part. That is partly because the Cologne people tend to be more easy-going and approachable than in other big German cities. (Also, they like to imitate the Southern European lifestyle – as soon as two sun-rays hit the city you will see some tables outside in front of many cafes and bars.) Gay Travel Guide Leipzig Being very close to Berlin
(1-2 hours) with its huge gay scene, there is not much room left for a big and diversified gay scene in Leipzig. However, pubs like New Orleans show that the guys in Leipzig don't hide but are part of the city life. And Leipzig's big ›Gaynight‹ party as well as the gay sauna in Leipzig attract guys from all over Saxony and even from other states and countries. Gay Travel Guide Munich
The gay scene in Munich can't be compared with the two gay hotspots in Germany, Berlin and Cologne. One reason is that Munich is the capital of Bavaria,
Germany's most conservative federal state (although Munich is more liberal than the rest of Bavaria). Another reason might be the influence of the ›Schickeria‹ (in-crowd) on the night-life in Munich, which also affected the gay scene. Clubs are often dominated by pretty clothes, while in contrast many bars go for the traditional Jeans & Leather style. If your preferences are somewhere in-between, then Camp and Kr@ftAkt can be good options. Most of Munich's gay cafes, bars and shops are located in the city centre close to the subway station Sendlinger Tor.

Gay Benidorm
Welcome to gay Benidorm serving gay visitors to Spain since the 1970s - one of the oldest gay villages in Spain. Here you will find all you need to make your holiday go with a bang, from here you can visit all the gay bars, hotels, saunas, beaches and restaurants. You will find us to be the only all year low cost gay resorts in Spain, and much cheaper than Gran Canaria or Sitges which tend to be pricing themselves to high these days. The guide is here to let you know in an informative and unbiased way just how great Benidorm is for the gay tourist. 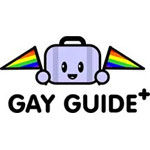 Gay Guide plus, a gay guide online. They are currently building our guide out of our current experience of both the beautiful Stockholm in Sweden and our deep and mysterious London in United Kingdom.
Gay Guide +
Share this page: