states/regions in Poland that have gay saunas 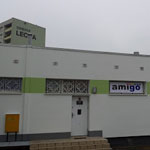 Updated:
07 Jun 2019
Amigo Sauna has operated in this place continuously since 1995. We invite men who like their company.
More info on Amigo Sauna

Other venues in Wielkopolskie: Clubs | Saunas