states/regions in Mexico that have gay saunas 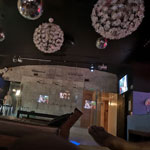 Updated:
18 Jun 2019
Sodome is born from the restlessness of a group of friends to have a Gay Sauna in Mexico City, created specifically for our community and with the best possible services. Located in an area of easy [...]
More info on Sodome